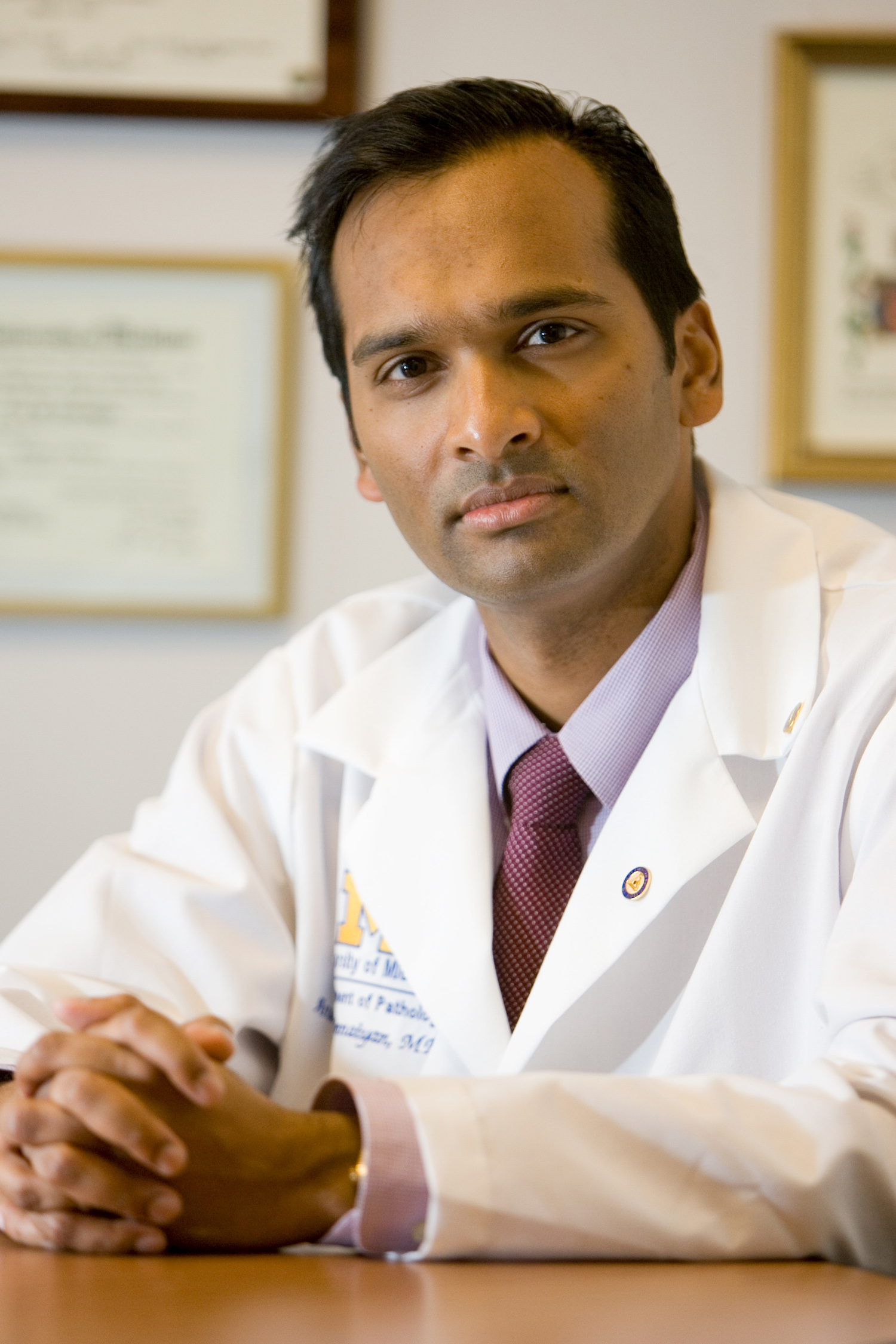 The primary treatment for advanced or aggressive prostate cancer is to chemically or surgically short-circuit the body’s production of male hormones — called androgens — which drive the growth of the cancer cells.

After a few years, however, the cancer invariably becomes resistant to this treatment, at which point it resumes its deadly progression.

Now, in mouse models and prostate cancer cell lines, University of Michigan researchers — including Taubman Scholar Arul Chinnaiyan, MD, PhD,  have demonstrated the preliminary effectiveness of a new set of compounds that offer a potential advance in the treatment of metastatic castration-resistant prostate cancer — one that appears to avoid many of the usual mechanisms of treatment resistance.

Their findings were published in the journal Clinical Cancer Research.

“Given the strong preclinical data in our study, we believe BET degraders should be investigated as part of a broader combination therapy approach to treat castration-resistant prostate cancer — including PARP inhibitors, platinum-based drugs, androgen receptor antagonists and immunotherapies,” says study first author Steven Kregel, Ph.D., a postdoctoral fellow in the lab of Arul Chinnaiyan, M.D., Ph.D., member of the U-M Rogel Cancer Center and director of the Michigan Center for Translational Pathology.

Development of better treatments could have a significant impact. Prostate cancer is the second-leading cause of cancer death in American men, behind lung cancer, according to the American Cancer Society. About 1 in 9 men will be diagnosed with prostate cancer during his lifetime, and 1 in 41 will die of the disease.