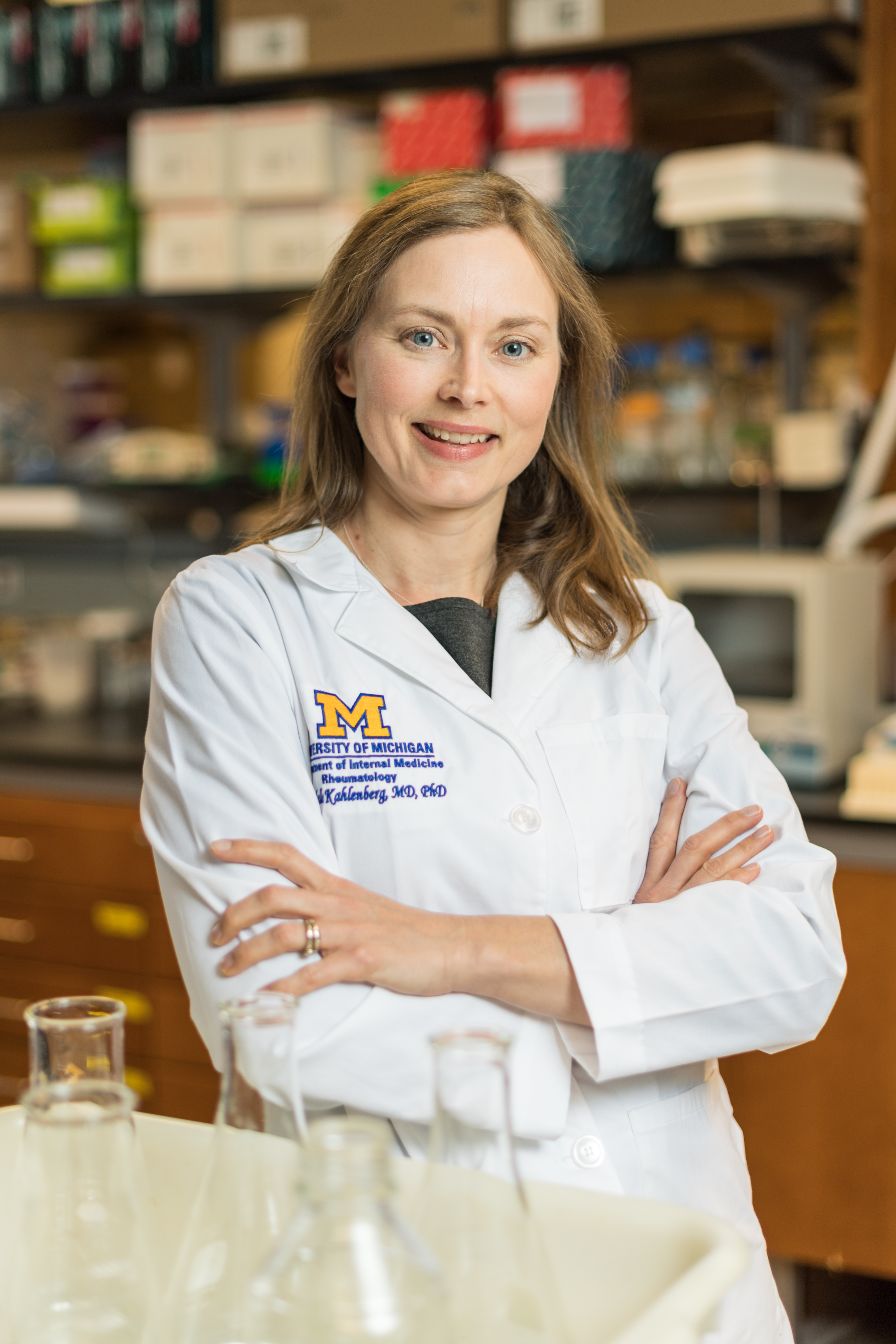 Taubman Emerging Scholar Michelle Kahlenberg, MD, PhD, has been named a recipient of the Presidential Early Career Award for Scientists and Engineers (PECASE). by the White House.  The PECASE is the highest honor bestowed by the United States Government to outstanding scientists and engineers who are beginning their independent research careers and who show exceptional promise for leadership in science and technology.

Dr. Kahlenberg is a Michigan Medicine physician who also conducts research into autoimmune disorders, with a focus on lupus. Her research is funded in part by a Taubman Emerging Scholar grant, and she co-leads one of the first Taubman Institute Innovation Projects.  She was nominated for the PECASE by the Department of Health and Human Services.

Established in 1996, the PECASE acknowledges the contributions scientists and engineers have made to the advancement of science, technology, engineering, and mathematics (STEM) education and to community service as demonstrated by scientific leadership, public education, and community outreach.  The White House Office of Science and Technology Policy coordinates the PECASE with participating departments and agencies.