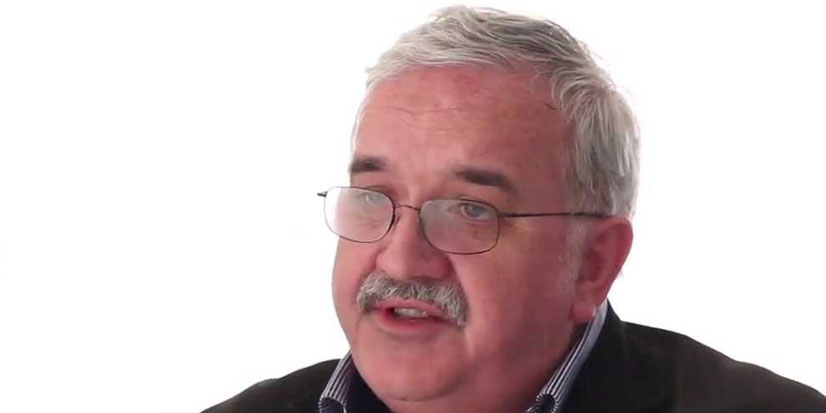 An endocrinologist whose paradigm-shifting work addresses the genetic causes of obesity and its adverse effect on metabolic health is the 2019 recipient of the Taubman Prize for Excellence in Medical Science, the University of Michigan’s Taubman Institute announced.

Professor Sir Stephen O’Rahilly, M.D., of the University of Cambridge will receive the honor and the $100,000 cash award at the institute’s annual symposium on October 22 in Ann Arbor.

“Dr. O’Rahilly’s pioneering work has led to a unique understanding of the control of eating behaviors and how genetic differences between people leads to weight gain and the consequences of obesity, such as the development of insulin resistance and type 2 diabetes,” said Taubman Scholar and Michigan Medicine faculty member Kathleen Collins, M.D., Ph.D., who chaired the national selection panel of eminent medical scientists. “His discoveries already have led to life-altering treatments for children with rare causes of severe obesity. Several novel medications to treat obesity also are showing promise in clinical trials.”

The Taubman Prize was established in 2011 by the late A. Alfred Taubman, who created the Taubman Institute in 2007 to support the work of clinician-scientists at U-M. Mr. Taubman’s aim with the prize was to recognize physician-researchers’ work outside Ann Arbor, and to bring the thought leaders in medical science to campus for collaboration with peers at the University of Michigan.

Dr. O’Rahilly qualified in medicine from University College Dublin and undertook post-graduate training in London, Oxford and Boston before setting up his laboratory in Cambridge in 1991. He has sought to better understand the molecular mechanisms leading to diabetes, obesity and related metabolic and endocrine disorders.

“It is an enormous honor to have been selected as the 2019 Taubman Prize winner and to join the list of illustrious translational scientists who have previously received this unique award,” O’Rahilly said. “As someone who has spent his professional life at the interface between the clinic and the laboratory, I am delighted that the Taubman Prize specifically recognizes those who work to bring the fields of science and medicine closer together.”

At Cambridge, Dr. O’Rahilly remains active in clinical practice and also serves as professor of clinical biochemistry and medicine. He led the establishment of the Wellcome Trust-MRC Institute of Metabolic Science, which he now co-directs. Among his many other responsibilities, he also is Scientific Director of the Cambridge NIHR Biomedical Research Centre.

Dr. O’Rahilly is the recipient of many international awards and honors and in 2013, he was appointed a Knight Bachelor in the Queen’s Birthday Honors for his services to medical research.

“As the preeminent obesity researcher of our generation, Dr. O’Rahilly has contributed immensely to science and clinical care and is also a tireless advocate for people with obesity,” said Taubman Institute Director Charles F. Burant, M.D., Ph.D. “I am delighted that the selection committee has recognized his work with the Taubman Prize.”

Dr. O’Rahilly will deliver a keynote lecture, and take questions at the Taubman Institute annual symposium on October 22. The 10 a.m. talk, preceded by a poster session and  strolling networking breakfast at 8:30 a.m., is open to the community and will take place in the Kahn Auditorium at the A. Alfred Taubman Biomedical Science Research Building in Ann Arbor.

U-M researchers are invited to submit abstracts for a poster session to be held from 8:30-10 a.m. on October 22.  The presentations will be judged by Taubman Scholars, with cash prizes awarded to the top entries. Click here for submission details.