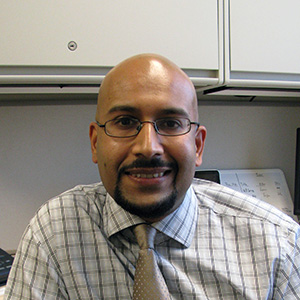 Taubman Emerging Scholar Srijan Sen, MD, PhD, has been appointed as the director of the U-M Depression Center.

Dr. Sen, who was awarded a Taubman Emerging Scholar grant in 2014, is a psychiatrist and neuroscientist who has led efforts to understand the role of stress, sleep and genetics in the risk of depression and suicide.

He is renowned for his study of the link between stress and mood disorders in first-year medical residents, using wearable biometric devices, a specially designed smartphone app and other means to track depression in thousands of subjects nationwide.