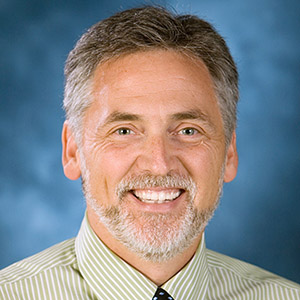 The MNI, which evolved from the Molecular and Behavioral Neuroscience Institute in the Medical School, was approved by regents in January 2020 to engage researchers from multiple disciplines and units across the University of Michigan in the pursuit of addressing the most pressing questions in neuroscience at the fundamental, translational, and clinical levels, while educating future leaders in the field.

Dr. Paulson’s research and clinical interests concern the causes and treatment of age-related neurodegenerative diseases, with an emphasis on polyglutamine diseases, Alzheimer’s disease and frontotemporal dementia. In 1997, his lab described abnormal protein aggregates in the polyglutamine diseases, which now are recognized as a pathological hallmark in this important class of inherited diseases. His lab also pioneered gene silencing strategies that are now finding their way into the clinic for various degenerative brain diseases.

Nationally, he has directed a national consortium of scientists and physicians studying genetic forms of ataxia, has served on the scientific advisory boards of numerous disease-related national organizations, and is a past chair of the Board of Scientific Counselors at the National Institute for Neurological Disorders and Stroke (NINDS) at the National Institutes of Health.

Among his recent awards, Dr. Paulson was elected to the National Academy of Medicine, and received the Landis Outstanding Mentor Award from the NINDS. In 2020, he received the Movement Disorders Research Award from the American Academy of Neurology for his pioneering work into the causes and treatment of nucleotide repeat expansion diseases.